Last year, the Federal Communications Commission (FCC) reformed how it regulates the business data services (BDS, formerly known as “special access”) market to better reflect the real competition that now exists in that sector. Opponents appealed that decision, and that challenge is now percolating up to a federal appeals court.

With that news, let’s review why the FCC’s decision was correct.

The FCC’s 2017 action took the path of common sense, reassessing the market for business data services based on the world that is, rather than the world that was. Most basically, the Commission recognized what major providers and major customers have long realized: the BDS market is intensely competitive, and the transition to new technology, notably Ethernet, reflects what customers actually want. In such a new world — unlike the regulated monopoly past — government should not put its hand on the scale in favor of older technologies that customers do not want and that won’t meet the needs of large enterprises such as hospitals, universities, research institutions, factories or offices.

As the FCC stated in an April 2017 report on the matter, “[t]he record in this proceeding demonstrates substantial and growing competition in the provision of business data services in areas served by incumbent local exchange carriers (LECs) subject to price cap regulation. By adopting a framework which accounts for these dynamic competitive realities, we will create a regulatory environment that promotes long-term innovation and investment by incumbent and competitive providers alike which well-serves business data services customers.”

The FCC’s original inquiry into this market began back in 2005, itself a long way from today’s converged-platform, fast-broadband, IP-based needs. But that didn’t stop opponents from trying to block reform on administrative and procedural grounds from the very start. But the real issues then, as now, are whether the market is competitive and whether rigid price controls benefit consumers.

It seems clear that the Eighth Circuit will agree that the FCC’s order was well within the bounds of its authority, but let’s also consider the competitive reality at play here. The landscape is even more competitive than it was a year ago when the FCC adopted its order.

As far back as 2015, the FCC found that 491 facilities-based competitors participated in the BDS market, all across the US, reaching virtually every Census tract. For the overwhelming majority of buildings, the competitive lines separate from those controlled by incumbent phone carriers were either already in place, literally only a stone’s throw away — at most, the length of a football field.

One great thing about competitive fiber is that, as more is deployed, it becomes easier to connect to other buildings that want and need service. And that’s exactly what we have seen since the FCC’s BDS reform. According to a new study by independent research firm Vertical Systems Group, what was already true for larger buildings is now rapidly becoming true for smaller and medium-size commercial buildings as well. The “Fiber Gap” fell to 45.2% — in other words, a majority of buildings with 20 or more employees now have access to higher speed business services such as Ethernet. Businesses want these new services that support applications such as advanced teleconferencing, and competitive providers are responding to the demand.

This is exactly what one would expect in a dynamic, competitive market. The availability of more sophisticated, higher-speed services has increased, with more buildings “lit” with new fiber in 2017 than in any other year, while competition is strong. New entrants to the market, such as the cable operators, are continuing to make their mark. The FCC was right, and the opponents were wrong: market forces have worked sufficiently to justify the reforms, and they are continuing to work.

These reform-enabled fiber deployments will be critical to the transition to much faster 5G technology — the technology that will power the Internet of Things, driverless cars, and many other innovations. Businesses need 5G, too, and for that they need competitive fiber deployments, not regulatory policy stuck in the last decade… or even the last century.

This action ensures that the agency’s rules that encourage greater investment and facilities-based competition among the networks serving American businesses will continue to move forward.

If CLECs truly want to participate in this market, it’s time for them to invest and compete by building modern networks.

It’s time for the FCC to move forward with Business Data Services reform that promote investment.

According to the latest FCC data, the Business Data Services market is the very definition of competitive. 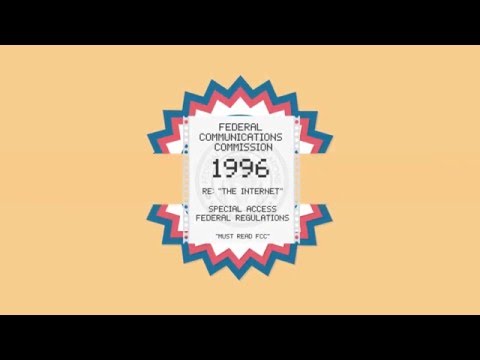 A lot has changed since 1996. But one thing that hasn’t changed are so-called “Special Access” or Business Data Services (BDS) regulations.

Mehlman on the FCC and Regulating Nearly Obsolete Technology

Originally published at The Street. FCC’s Rush to Regulate Nearly Obsolete Technology Hurts Broadband by Bruce Mehlman When does deregulation become re-regulation? To watch this happen in real…

The FCC would be well advised to take a current assessment of the tremendous growth of competition in the BDS market, with cable companies now investing at a faster pace than traditional incumbents. The FCC began the BDS inquiry by noting, “First, competition is best.” They should have stopped right there. They still can by listening to the providers, incumbents and competitors alike, who oppose price regulation…and they should if they actually want new investments in business data services.

When A Compromise Isn’t — The Future Of Business Data Services

Trade association INCOMPAS, which represents competitive local exchange carriers (CLECs), and Verizon have been working together to “negotiate” a deal with the Federal Communications Commission. Although the terms…