Life was put on hold for more than 20 million disconnected Americans during the pandemic. A third (35%) of rural households are not served by high-speed broadband and, on tribal lands, the number increases to 40%.

Without an internet connection capable of supporting remote learning, telehealth visits and work teleconferences, the offline population was left sitting on their hands while the rest of us typed and tapped our way into the new normal.

President Biden’s recently released infrastructure plan reflects the widespread agreement that the digital divide must be closed. This historic undertaking is a unique opportunity for industry and longstanding national leaders on broadband policy, such as Senate Commerce Committee Chair Maria Cantwell, to work together and eliminate the remaining gaps.

The first priority for the dollars Congress appropriates? Ensure that everyone in the nation has access to a connection offering at least the 25 Mbps download speed/3 Mbps upload speed (25/3) that the FCC defines as broadband today. Anyone who does not have a broadband connection offering those speeds would be categorized as “unserved” and would be first in priority for the expenditure of federal broadband deployment funds.

As plans are made for closing the digital divide, the federal definition of broadband should be redefined and elevated to a download speed of 100 Mbps and an upload speed of 20 Mbps (100/20). Federally assisted broadband deployments should be built to that standard. Any areas not served with broadband at the new 100/20 standard would be deemed “underserved.” After unserved areas are connected, any remaining federal funds could be used to upgrade networks in underserved areas.

Some members of Congress have proposed that the definition of broadband should be changed to a download speed of 100 megabits per second and an upload speed of 100 megabits per second (100/100), synchronous speeds in technical parlance. With an upload speed of 100 Mbps, approximately 64 million households would be in line for federal infrastructure funds. Taxpayer dollars would be devoted to the elevation of speeds for areas that already have fast internet connections, putting at risk funding for connections for households that are truly unserved, including 4.9% of Washingtonians.

Those determining how to allocate infrastructure dollars should stay technology neutral, as solutions for achieving broadband connectivity need to be tailored to the realities of America’s diverse geography. It’s noteworthy that only through the use of fiber optics can a data rate of 100/100 be achieved. Broadband speeds of 100/20, on the other hand, can be accomplished through the use of a variety of technologies, including cable, next-generation fixed wireless, satellite or fiber optics.

A fiber-optics-only, one-size-fits-all approach would unnecessarily drain limited federal dollars. Bringing fiber directly to homes in the sparsely populated portions of the Cascades, for example, would be prohibitively expensive.

The administration’s recommendation that the Lifeline Program be phased out in favor of price controls on the provision of internet service is misguided. It would lessen internet service provider revenue to the point that they would not be able to build, upgrade and maintain the networks that keep the United States globally competitive. A far better approach is to modernize the Lifeline Program.

Today, the $9.25 monthly Lifeline benefit doesn’t do enough to offset the cost of a broadband subscription and should be increased so that high-speed internet can be brought within the financial reach of low-income Americans. The program’s administration also makes participation a burden for both providers and low-income consumers. Only one-in-four families who are eligible for the benefit takes advantage of the program. And finally, the reliance of the Lifeline Program on a long-outdated tax on traditional telephone service should be eliminated in favor of annual congressional appropriations for the program. A full revamping of the Lifeline Program has long been needed.

Let’s not prolong the waiting game for our nation’s 20 million Americans who need connectivity now, nor abandon the Lifeline Program that makes broadband affordable for low-income families. With the help of Sen. Maria Cantwell’s continued leadership on critical internet issues, we can at long last achieve the goal of connecting all Americans.

Originally published at The Spokesman-Review

With limited funds to achieve universal broadband, the U.S. needs a combination of solutions responsive to local needs that can be cost-effectively deployed. Closing the gap between the digital haves and have-nots depends on it.

Funding the Emergency Broadband Benefit Program was a necessary step to help our country through these trying times by connecting struggling households with critical resources, but a permanent broadband benefit program will be key to closing the digital divide.

The public and private sectors must work together to ensure that all three parts of the digital divide — availability, affordability and adoption — are addressed. Everyone’s help is needed to give disconnected Americans the help they need.

Federal monies should pave the most efficient path to universal broadband

Research Peek of the Week: Online Access Divided by Income

The disparity of online access is apparent when comparing digital lives across incomes. Those with higher incomes are likely to have more access to technology and internet-capable devices than lower incomes. 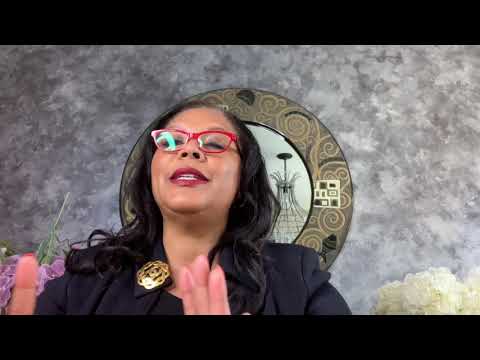